Golden Gate park is a canvass on which the city’s ambitions were sketched. 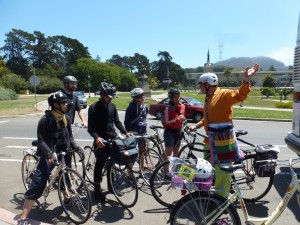 San Francisco was the first major city on the coast. We’ll discover many firsts in the Park because it was where ideas were tested. The city’s history exactly matches the 160 years of transportation revolutions. We’ll see where a major railroad came right into the park, where the suspension bridge was first tried, where driver licenses were invented, why pedestrians were so feared, and we’ll even learn about street sweeping. This ride will include great discussions between short stretches of riding.

Come ride around a park which was created out of a transportation challenge: too much horse poop!