The San Francisco Transit Riders (SFTR) held a Ride Along & Rally in honor of Transit Month on Wednesday that was attended by Mayor London Breed, Senator Scott Wiener, nine members of the San Francisco Board of Supervisors, and SFMTA’s Jeffrey Tumlin, among others.

“For us, Transit Month is an opportunity to celebrate the buses, the trains, but most importantly the people who make up the wonderful transit system we know and ride,” said Zack Deutsch-Gross, Policy and Community Investments Director at SFTR. “I’m talking about the students and teachers who take transit to school every single day, the nurses who take transit to our hospitals, the librarians and baristas, the restaurant workers and grocery store workers who depend on public transportation, and of course the drivers who make all these routes possible, this month is for you.”

Transit Month is taking place until September 30th. Wednesday’s event started at 8 a.m., when riders met up with city leaders, SFTR members, and others at various locations across the city to ride Muni together to City Hall. Once at City Hall, speeches were given by Mayor London Breed, Senator Scott Wiener, all nine Supervisors, SFMTA’s Jeffrey Tumlin, TWU Local250A President Roger Marenco, and SFTR staff members. Mayor London Breed spoke to the importance of listening to the community and bringing back lines that were important to them, such as the 21 Hayes, and mentioned Proposition L, which will be on the ballot in November. 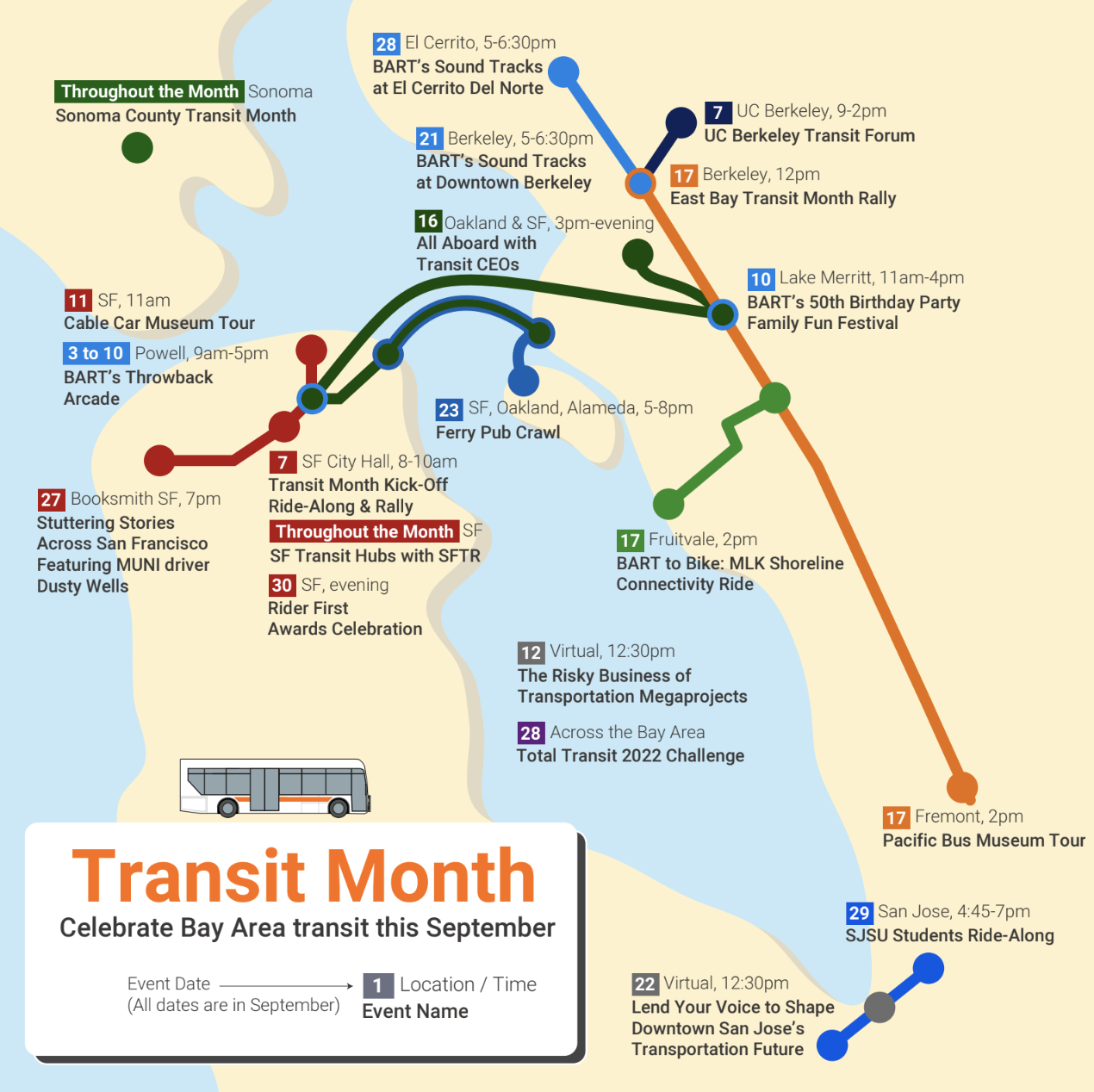 “Yes we know there is still work to get done and yes we know we need the money desperately from Proposition L on the ballot, so we got to get out there and we got to support our transit community but we have to make sure that the resources continue to come in from the state, from the federal governments,” said Mayor London Breed. Senator Scott Wiener, who has been riding Muni for 25 years, called San Francisco’s public transit an “amazing system”.

“The other beautiful thing about transit, especially in this city, is it connects communities that otherwise may not be very connected,” said Senator Scott Wiener. “That is the beauty of public transportation, it puts all of us together in a society that increasingly seems so segmented and segregated, so Muni is just something to be cherished and celebrated.” SFTR’s Executive Director Vinita Goyal closed out the speeches by discussing the progress San Francisco public transit has made over the last 50 years. “From saying a resounding ‘no’ to freeway expansions that would tear down our neighborhoods, to our city’s ambitious climate goals that prioritize public transportation in our streets, we have definitely leaped forward,” said Goyal. “My hope is that we can have our streets and the city manifest a true public realm that can offer something for everyone, but never at the cost of further marginalizing the dispossessed in our society, that onus is on us all. And that is where the San Francisco Transit Riders can also help elevate your voice.”

Full details on 2022 Transit Month, events, and the Transit Ride Contest are available at transitmonth.org. Other Transit Month events include:

SFTR is also hosting a Ride Contest all month long to raise awareness about the crucial role transit plays in getting people where they need to go. Prizes include a tour of the Subway, a ride in a BART train cab, a Muni tote bag, a Warriors jersey signed by Jordan Poole, and more. SFTR is encouraging the public, as well as city leaders to participate in the Ride Muni Challenge.